Co-founded by the Erasmus+ Programme of the European Union 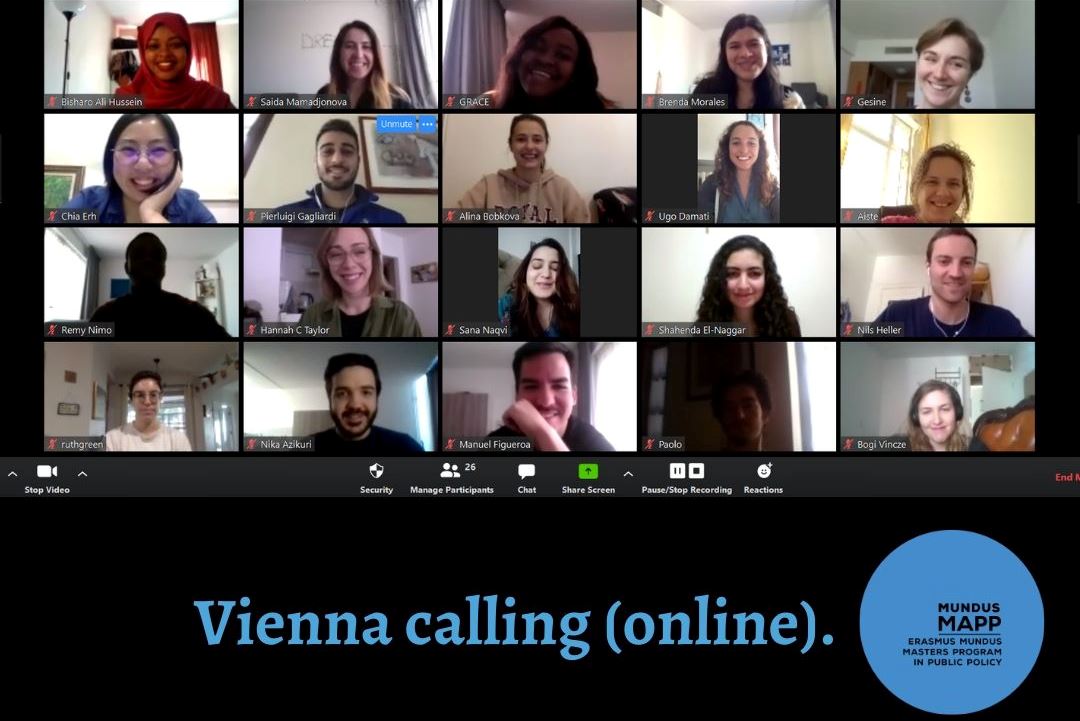 The study visit, an essential part of the Mundus MAPP program, that was meant to be happening in Vienna this year, was moved online due to the COVID-19 situation. It is designed to expose Mundus MAPP students to the world of policy practice. The first-year students had the possibility to meet with Senior Officials from […] 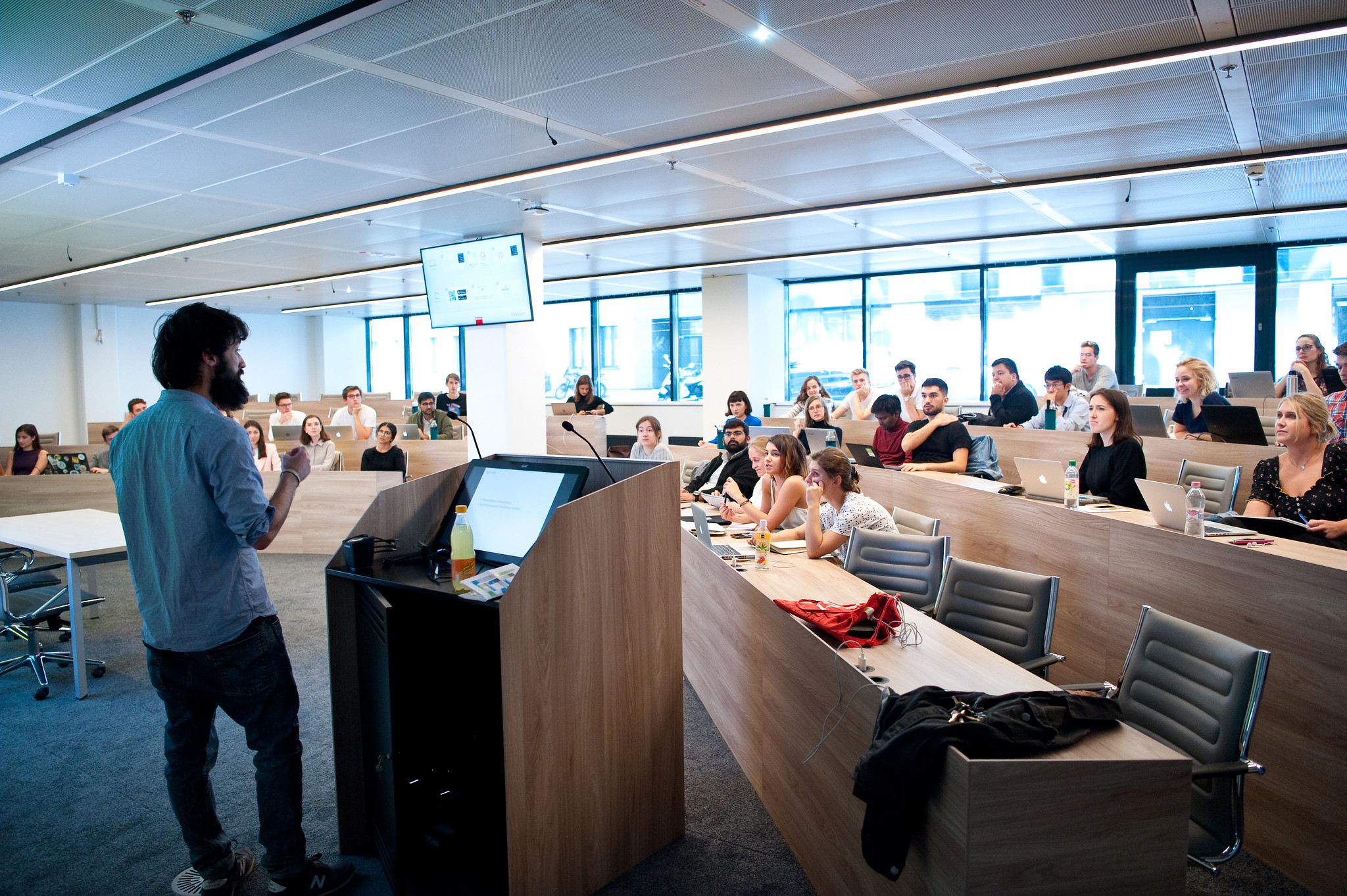 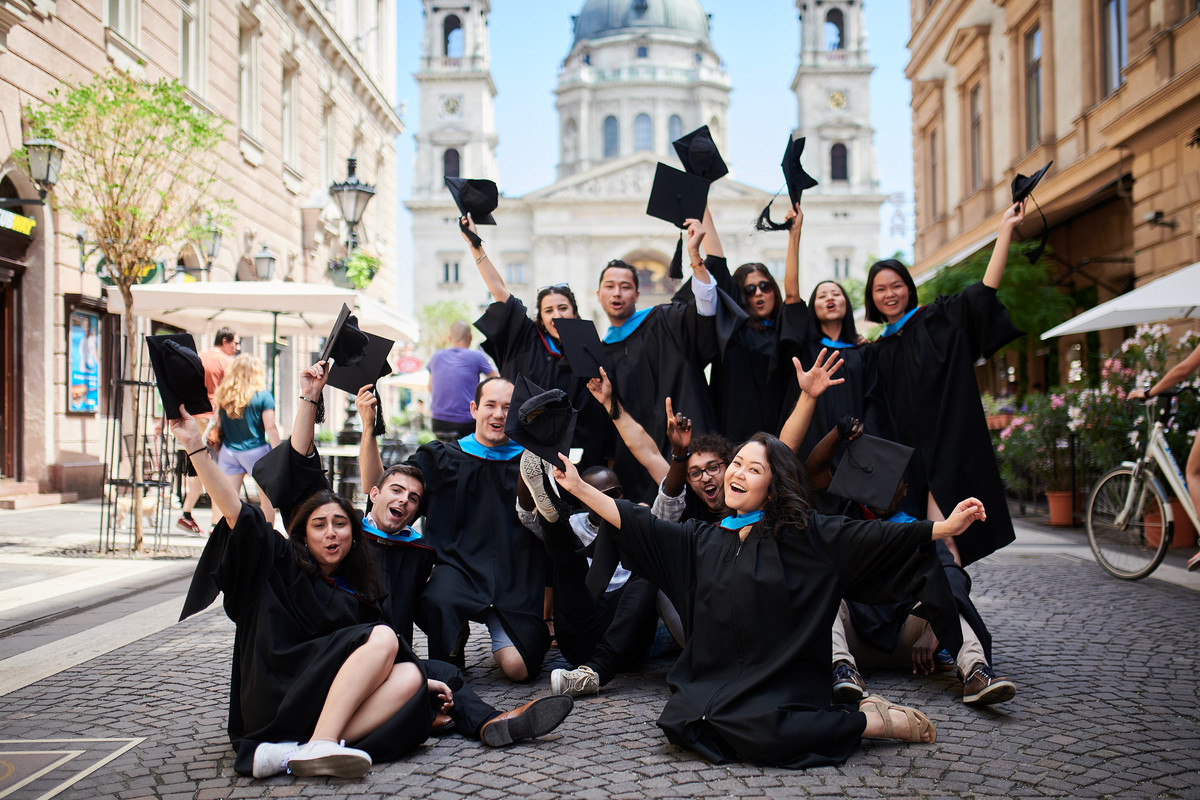 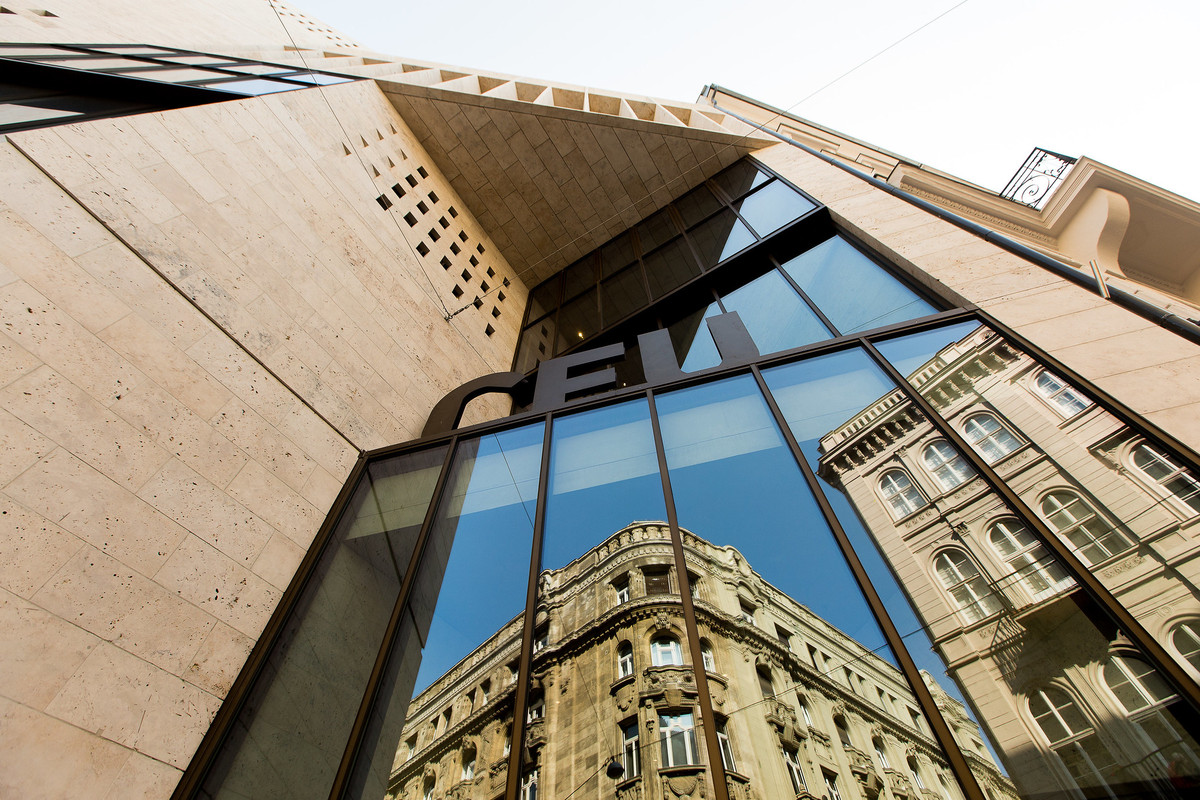 As announced earlier, CEU will operate in two campuses in academic year 2019-2020, Budapest and Vienna. The location of its new campus in Vienna has just been announced. However, Mundus MAPP students in CEU tracks will continue to be based in Budapest. One short program component will take place in the Spring Term in Vienna: the study […] 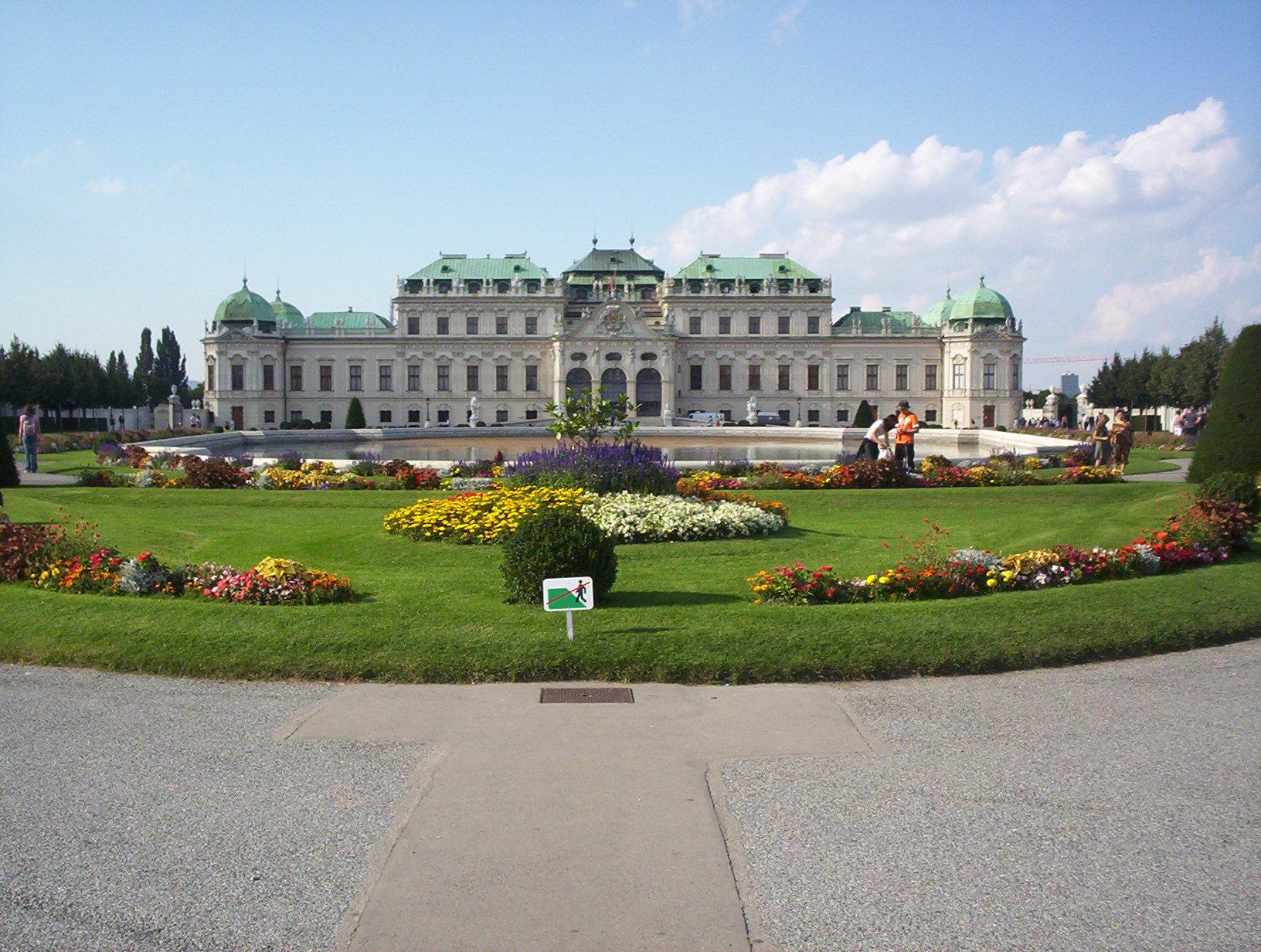 First-year students in the CEU tracks of Mundus MAPP will enroll in and study at Közép-európai Egyetem (in English: Central European University), Budapest in 2019-2020, with the anticipation of a program component to take place in Vienna. 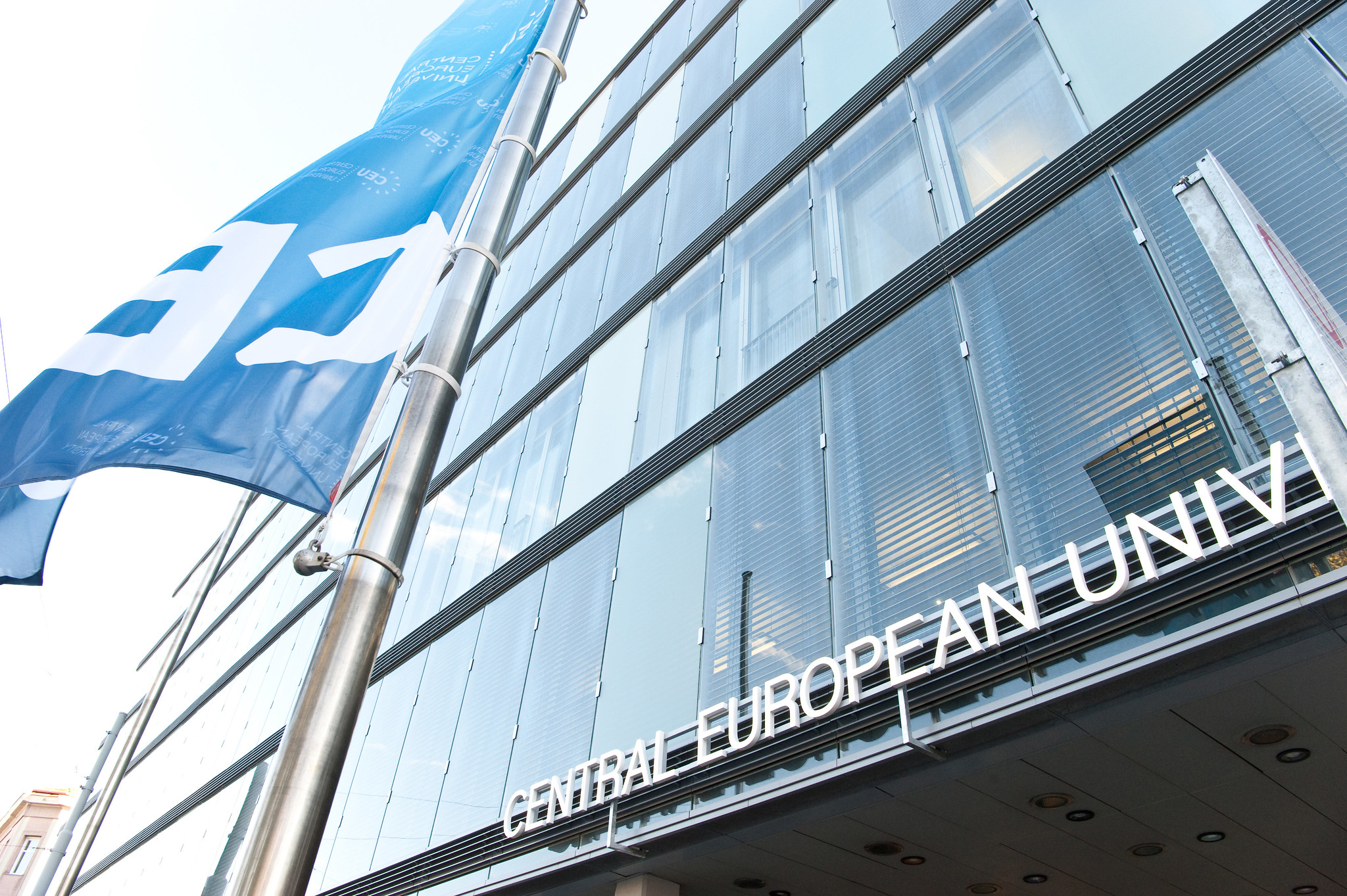 CEU to Open Vienna Campus for US Degrees in 2019; University Determined to Uphold Academic Freedom

Budapest, October 25, 2018 —The Board of Trustees of Central European University (CEU) announced today that incoming students for its US-accredited masters and doctoral programs will study at a new campus in Vienna beginning in the academic year 2019-20 (pending approval by the Middle States Commission on Higher Education). The Trustees authorized the move as […] 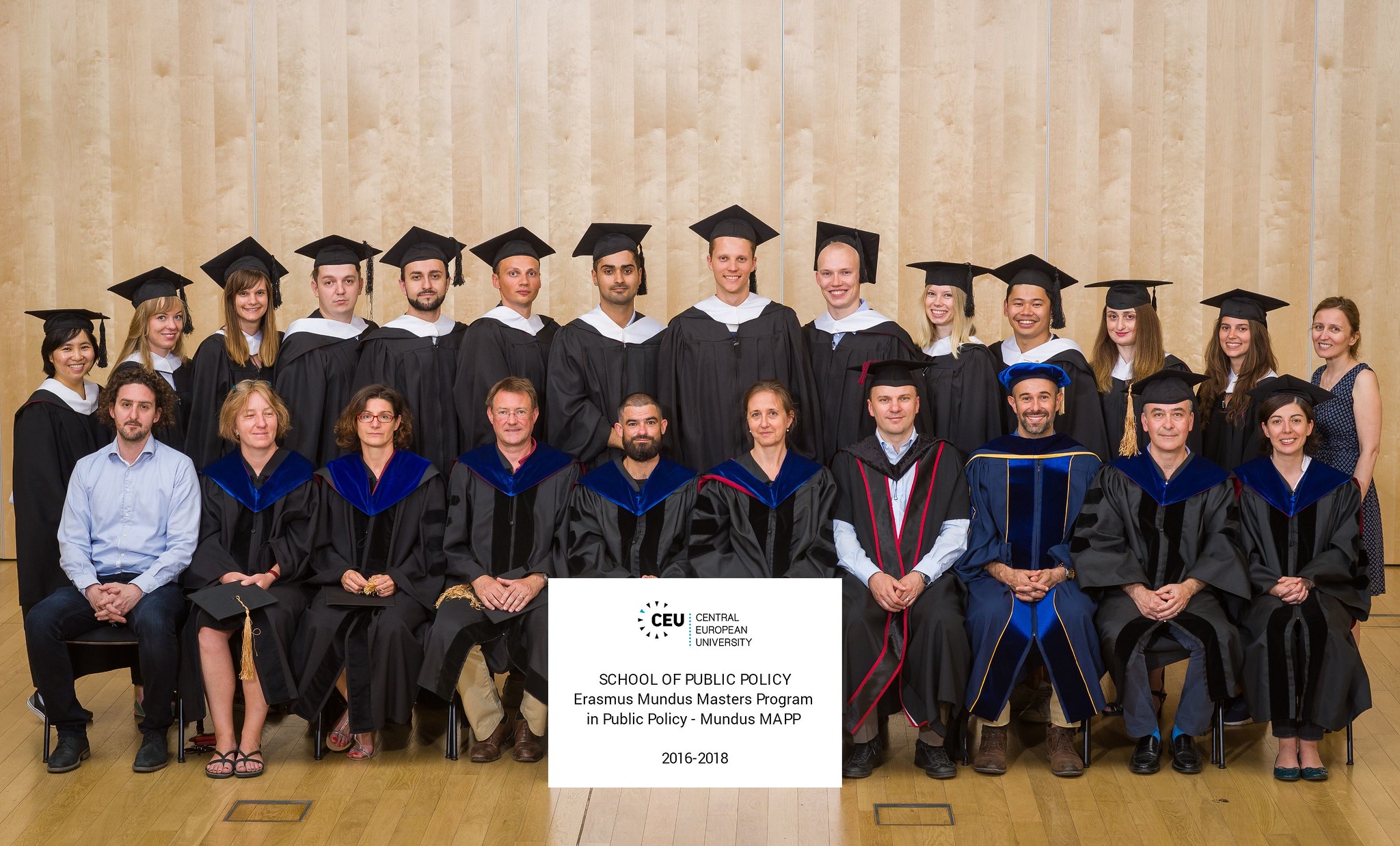 Author: Benjamin Jance IV, CEU-IBEI student, 2016-2018 “Szabad ország, szabad egyetem (free country, free university),” I chanted alongside crowds in excess of 80,000 on the streets of Budapest earlier this April and May. “Els carrers seran sempre nostres (the streets will always be ours),” I heard next to Barcelona’s Arc de Triomf, where hundreds of […]

The Mundus MAPP Consortium is proud to announce that the Education, Audiovisual and Culture Executive Agency of the European Commission has selected the Erasmus Mundus Masters Program in Public Policy – Mundus MAPP for a new Erasmus+ Erasmus Mundus Joint Masters Degrees grant. The selection process was competitive: out of the 116 eligible project applications, […]

The Mundus MAPP Consortium has been receiving applications for the 2017-2019 study period. This cohort will be admitted to the Mundus Masters Program in Public Policy which will not be supported by the Erasmus+ Programme of the European Commission. The Consortium is newly applying for Erasmus Mundus funding, including new Erasmus Mundus scholarships, to the […]

This website uses cookies so that we can provide you with the best user experience possible. Cookie information is stored in your browser and performs functions such as recognising you when you return to our website and helping our team to understand which sections of the website you find most interesting and useful.

Strictly Necessary Cookie should be enabled at all times so that we can save your preferences for cookie settings.

If you disable this cookie, we will not be able to save your preferences. This means that every time you visit this website you will need to enable or disable cookies again.

This website uses Google Analytics to collect anonymous information such as the number of visitors to the site, and the most popular pages.

Please enable Strictly Necessary Cookies first so that we can save your preferences!